RICS is hosting a conference at Provada on how Alternative Dispute Resolution (ADR) can help boost the development of cities by restoring confidence between public-private parties in a quick and cost-effective way.

Whether it is merely a spat between neighbours or a dispute during the development of a major urban infrastructure project, the built environment provides ample scope for disagreement which can jeopardise personal and business relationships. But court appearances need not be inevitable.

‘In many European countries, going to court to resolve a dispute is not a viable solution, mainly because of the cost and delays implied. Furthermore, when a dispute is technical it can be hard to believe that there has been a fair decision unless an expert with a true understanding of the subject matter has heard the case,’ says Alessandra De Lisio, dispute resolution services manager in Europe.

‘It can easily be forgotten that conflicts are not confined to private-sector individuals or organisations – public authorities are frequently at the centre of a dispute.  For example, where land has to be acquired for a public-sector project the rights of landowners to compensation is the most frequent source of disagreement. But there may be other stakeholders with a case, such as a leaseholder with land-use rights whose business may be adversely affected by a proposed development. Such conflicts can delay the delivery of a project, increase the cost to the public authority and result in bad publicity,’ she explains.

‘Increased involvement of the public sector in real estate and in public-private partnerships in recent years demands alternative ways to prevent and solve conflicts related to the development and construction of real estate and infrastructure projects. Public parties are regulated by different laws, governance and interests than private parties and the use of mediation strengthens both projects and partnerships, allowing progress in line with deadlines and budget,’ says Jan Manschot, interim manager and management adviser at Netherlands-based Real4U.

Click here to read the RICS Europe newsletter May 2017

NEUTRAL THIRD PARTY
According to De Lisio, using mediation to settle these types of dispute has the advantage of enabling the investigation and discussion of all interests with the help of a neutral but expert third party who can guide the parties to an agreement, confidentially and within a reasonable timeframe. ‘A skilled mediator can explore the different interests and open people’s minds to innovative solutions,’ she says.

Alternative dispute resolution mechanisms are not yet widely used in disputes concerning land, property, construction and infrastructure, despite all the advantages. Lack of awareness of the availability of the process is one of the chief reasons, but it is also difficult to steer a dispute towards alternative means of resolution once a conflict has already arisen.

Because of this, RICS is recommending the anticipation of disputes by including a ‘mediation clause’ in the terms and conditions of any service contract which means that, should a conflict arise, both parties have agreed beforehand that they will try resolve their differences out of court with the help of a RICS Accredited Mediator.

‘RICS professionals’ depth of experience in all aspects of land, property, construction and infrastructure ensures that they are often in demand by private-sector parties or local authorities to fulfil the role of independent experts in the resolution of the complex issues that stem from enforcement of contracts or the delivery of projects,’ says De Lisio. ‘Using a RICS mediator also keeps a dispute outside formal proceedings and is a means of reopening dialogue with the aim of finding a compromise while avoiding becoming ensnared in the bureaucracy of a court case,’ she adds.

De Lisio notes that despite the efforts of the European Commission to promote Alternative Dispute Resolution (ADR), the opportunities offered by mediation are not yet fully exploited. However, RICS has launched a mediation service in the rest of Europe, building on its 40 years of experience in providing conflict avoidance and resolution services in the UK. The service focuses on markets such as the Netherlands, France and Poland where there is most demand.

GUIDANCE TO A SETTLEMENT
De Lisio: ‘RICS Accredited Mediators have the advantage of speaking the same technical language as the parties involved and will understand exactly what the underlying interests are in disputes involving property, construction or infrastructure. RICS mediators are trained to identify the strategies adopted by parties during the mediation process, to understand what they are trying to achieve and to help them to overcome communication barriers. The role of the mediator is not to suggest a solution to the dispute
but to guide the parties towards the negotiation of a new agreement. As well as being a simple and agile procedure, mediation enables the parties to own the settlement.’

‘Understanding the technical details of a dispute is key to gaining the trust of the clients, especially when it comes to complex projects involving different types of contract,’
says Edouard Vitry FRICS, partner at K&L Gates and RICS Accredited Mediator in France. Monika Debska-Pastakia FRICS, partner at Knight Frank and a RICS Accredited Mediator based in Poland, adds: ‘An agreement reached as a result of a mediation process is not necessarily dictated by legal considerations, but represents a pragmatic and business-friendly solution whose chief advantage is to preserve the contractual relationship between the parties.’

PROACTIVE CONFLICT AVOIDANCE
RICS believes strongly in collaborative working and the use of early intervention techniques to resolve differences of opinion before they escalate into disputes. Its mission is to provide the industry with information and guidance on how conflicts can be avoided and, if disputes do arise, how early intervention procedures can achieve quick and effective resolution.

In cooperation with other bodies representing the property, construction and infrastructure sector as well as organisations active in the field of ADR, RICS has developed
a pledge aimed at embedding conflict avoidance into projects. By signing this pledge companies, organisations and public authorities commit to proactively avoid conflict where possible, to employ methods to identify emerging disputes early and to work with industry partners to promote and utilise mechanisms to nip them in the bud.

The benefit of adopting the conflict avoidance pledge is to identify, control and manage potential conflict, while preventing the need for formal, adversarial dispute resolution
procedures.

RICS EVENTS AT PROVADA 2017
Together with PropertyEU and ULI Europe, RICS is organising the following
events at Provada in Amsterdam (International Business Lounge, Hall 12, RAI) 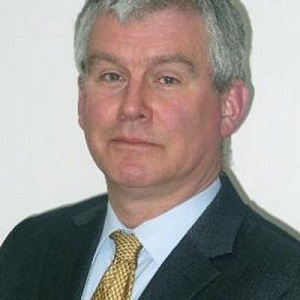