Institutions focused on hotels as a traditional fixed-income investment should be aware that the millennial culture of co-living and co-working could, over time, transform the hospitality industry almost beyond recognition.

'Investors need to understand that there is much more out there in terms of variations of operations and revenue-based leases that buyers will have to start paying more attention in order to keep pace with the new types of co-living, co-housing, co-working systems being created by and for the millennial generation,' said Dirk Bakker
head of EMEA Hotels at Colliers International.

Bakker was a panellist at PropertyEU's Hospitality briefing held during the Provada fair that explored how changes in the industry are affecting real estate. His three co-panellists each run Dutch-based millennial-inspired co-living or co-working concepts that are challenging the status quo in the field of hospitality.

Bakker asked rhetorically who needed more hotels run under the traditional big brands when they continue to provide the type of service fewer people will want. 'A few of these hotel chains are trying to innovate, but by no means far enough,' he said.

The firm currently operates 3,000 rooms across six cities in the Netherlands, Spain and France, and has plans to expand into other European markets.

McGregor noted that when looking for funding to expand he had to 'knock on a lot of doors'. Institutional investors were, in accordance with their business models, looking for stability and track record. Ultimately, backing came from the private equity sector, which is prepared to take more risks in the pursuit of higher returns.

The first partnership was with The Carlyle Group. MacGregor: 'Fair play to them. They entered into building 1,500 Student Hotel rooms by 2020 in a market where there was virtually no evidence it would work at all. Without financial backers willing to take that initial risk, innovation just wouldn't happen,' he said.

In contrast, the briefing heard, big chains like Intercontinental and Starwood had been sold so many times that the new buyers purely wanted to maintain the current business plan, and as MacGregor put it, avoided innovating with funky common areas, new bar concepts and co-working arrangements popular with the Millennial generation.

Zoku
The briefing was opened by Marc Jongerius, co-founder of Zoku, an Amsterdam-based living and working concept for the 'global nomad', or travelling professional. Zoku, Japanese for family, tribe or clan, aims to provide a relaxed place to live, work and socialise with like-minded people while getting wired into a city.

The home-office hybrid is also pitched at people looking for long stays, 'with the services of a hotel and the social buzz of a thriving neighborhood'. The centre piece is the Zoku Loft or spacious micro appartment, Jongerius said.

The first Zoku Loft location has been opened in Weesperstraat in the east of Amsterdam. Zoku Amsterdam features 133 lofts and the team is currently working on opening more sites across Europe and the US in the next years.

Healthcare real estate
While the Student Hotel and Zoku are following the millennial tide into urban areas, HCRE, another Dutch concept, is providing a secure urban setting for residents who initially would rather be in their own homes, explained founder Jochem Post.

HCRE's guests, Post explained, are seniors who have had a significant medical issue. 'We aim to help reduce anxiety and stress for people who have to live in a new setting,' Post said. Six months ago HCRE opened a facility in Amsterdam's museum district. 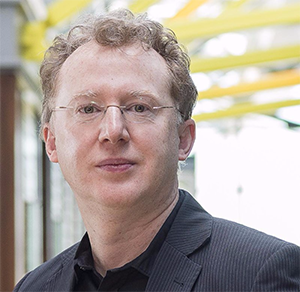