European real estate investors will move into the 'future core'

‘Future core’ will be a dominant theme for foreign investment into European real estate this year, delegates heard at the PropertyEU Global Capital Flows & Investment Roundtable.

The shift which started in 2017, as shown by investments of over €1 bn in Frankfurt South, €700 mln in outer city Prague and just under €500 mln in Frankfurt Eschborn, Amsterdam Hoofddorp, Dusseldorf South or Hamburg City South extension, will pick up pace this year.

UK also a target
The trend is also visible in the UK. ‘Foreign investors as well as UK institutions and private capital are moving beyond the City and beyond London to secondary locations outside the capital and in the regions across the country,’ Simon Mallinson, executive managing director, EMEA & APAC, Real Capital Analytics, told the briefing which was held in London on Monday.

‘The deep liquid markets of Europe are competitive and incredibly expensive, so investors are looking at other locations,’ said Jos Short, executive chairman, Internos Global Investors. ‘Where occupiers are moving in, capital is moving in.’

Offices are likely to remain foreign investors’ favourite asset class, Oakley said, as prospects for the sector are particularly positive at the moment. In the European Union office-based employment grew by 2.5% last year, while average vacancy rates dropped 50 basis points (bps) to 7.3%. Development activity is picking up, but Grade A CBD undersupply will remain a theme and rents are set to rise by between 2.5% and 5% in 2018.

The retail sector will be boosted by strong consumer confidence, but this positive story will be increasingly challenged by the inevitable rise in online shopping. ‘Despite this, good locations will remain strong and prime high street rents will be stable,’ said Oakley. ‘The best bet is to choose convenience or experience, while retail warehousing is the most internet-defensive segment.’

Prime warehouse rents were up 2% in 2017 and have increased by 11% in the last five years, while investment volumes were up 60% on 2016. The downsides are intensifying competition and slim margins for operators, which can be wiped out by rising staff costs. ‘Retail can be a hard choice for investors sitting in another geography because you need to be hands-on to buy a shopping centre,’ said Rasheed Hassan, head of cross-border investment, Savills. ‘Retail warehousing is a good option, because it has long leases and it’s more hands-off.’

Logistics boom continues
Logistics’ success story will continue in 2018, experts agreed, especially in strategic locations like the Benelux and Central and Eastern Europe. The gap between industrial and office yields will close further in Europe, Oakley predicted, following the UK where industrial is already yielding lower than offices.

Alternatives – like student housing, care homes or senior housing - are increasingly popular among investors but they need hands-on management and specialist knowledge and liquidity can dry up, Oakley warned: ‘There are many interesting alternatives and property plays driven by structural change, but some are dictated by fashion rather than liquidity, so my advice would be not to get seduced and rush into these new sectors.’

Will Rowson, partner, Hodes Weill & Associates, issued a similar warning: ‘More investors are looking at fringe and secondary markets, but they must be conscious of the risks they are taking. When the tide goes out from these markets, there is no liquidity.’ 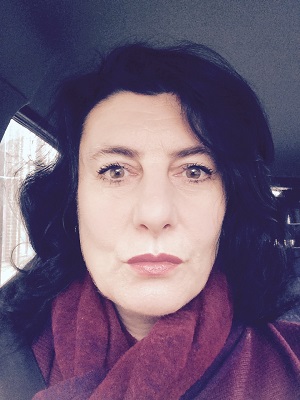